Russell House is a domestic and sexual violence service provider and shelter. We work towards empowering survivors of violence and increasing our communities’ safety in Phelps, Crawford, Dent, and Maries County.

Russell House began with Dr. Barbara Russell, a local pediatrician who witnessed the aftermath of abuse of children and their mothers, mobilizing her to become a strong advocate and supporter for survivors of violence.

Formed in 1993, initially named Phelps County Family Crisis Services, it became a non-profit organization that provided shelter for women and their children seeking safety from abuse. On January 24, 1994, the doors to a small house opened for the first time, with just 7 beds available. Since then, Russell House has expanded to a 15 bed shelter and four outreach offices.

Become a part of Russell House’s history and support survivors of violence by donating, volunteering, learning about domestic and sexual violence.

Please Support Us by Liking and Sharing! 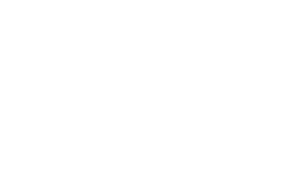 To immediately leave our page, click the Exit Site button.

If you feel your web history could be accessed by someone you do not trust or that your computer use is being monitored, consider clearing your browsing history after visiting this page.